Larmenius or Charter of Transmission

The Larmenius Charter and the legitimacy of Modern-Day Knights Templar

Notwithstanding what mainline historians say (they are only quoting what the old Roman Church of the Crusade period wants everyone to believe), the Knight Templar Order did not end with the 7-year-long persecution by the Church and the King of France ending with the burning at the stake of Jacques de Molay. This was simply what we of the Modern Era call the end of the “First Phase” of the Order… that being the Crusade-period Order, from its inception in 1118 (some believe actually as early as 1114) to the death of de Molay in 1314.

The Larmenius account holds that when de Molay was approaching his death (he knew that, once he recanted his confession to the Inquisition, he was doomed), he verbally transmitted the Grand Mastership of the Order (through remaining underground Brethren of the Order in Paris) to his second in charge.   That second in charge was the Palestinian-born Christian and Knight Templar Seneschal, Johannes Marcus (French: Jean-Marc) Larmenius.  Larmenius at the time was fairly aged himself, and was holding the last of the remaining Templar Order together on Cyprus.

Larmenius held the Grand Mastership of the Order from the death of de Molay in 1314 until 1324, when, in February of that year, Larmenius caused a document to be written, now historically referred to as The Charter of Larmenius, but which is actually entitled the Charter of Transmission.

In this document, Larmenius states that he has grown too old to continue the rigors of the Office of Grand Master of the Order, and further transmits his Grand Mastership, with the approval of the General Council of the Order, to the ranking Templar next in line, Franciscus Theobaldus.

The Charter was written in a well-known Knight Templar Codice (coded writing) of the time, an alphabet based on positioning of portions of the Templar (Maltese quad-triangled) Cross.  When decoded and translated, The Charter has proven to be 13-14th Century Latin.  Still, some naysayer historians claim the document is a hoax.  For example, the critics point to the fact that one of the signers of the charter was known to be illiterate, arguing therefore he couldn’t have signed.  In those times and even until today, those who are illiterate must still sign their names as often as those that can read.  Those who were illiterate obviously could learn to sign their names as it was required over and over.

This document is also referred to as the “Carta Transmissionis”, translated as the Charter of Transmission, as its sole function was to transmit the Grand Mastership of the Order under the then dire circumstances, to safely maintain the integrity of the continuation of the Order itself, and to legitimize the historical lineal descendancy of the Knights Templar Order into the future.

It is the written verification giving credence to the belief that the greater portion of the Order had gone into hiding in France and around the rest of the world, after being secularized by the Papal Bull Vox in Excelso of 1312, issued by Clement V, the puppet Pope of the evil French King, Phillippe IV (Phillip the Fair).

The Order came into semi-public view in Versailles, France in 1705, when a Convent General of the Order elected the Philippe, Duke of Orleans, later Regent of France, to the Grand Mastership of the Order. However, there is no known reference to the existence of the Larmenius Charter from those proceedings.  But, there normally would be no public mention of the document anyway.

The document’s existence was later publicly revealed in 1803-04 by the then-Grand Master, Dr. Bernard Raymond Fabre-Palaprat, a French Doctor close to the Court of Napoleon, well-after the French Revolution.  Palaprat revealed the history of the document also.  Since then, the document has been preserved in hermetically sealed glass at Mark Masons Hall in London.  .

Some Historians are critical of the Larmenius Charter,  just like they are critical of the historical accuracy of the Bible.  But we don’t stop believing in the Bible just because they decided they don’t.  We realize that this document and the Bible were written hundreds of year ago when history was not as well kept as it is today.  By necessity, the Larmenius Charter had to be kept secret as King Phillip IV, at that time, wanted the Templars dead.  Thus, it is not surprising that a secret document would not have a lot of collaborating evidence as this would have put the Templar’s lives in danger.

Let’s assume, for a second, that the critics are right and the Larmenius Charter is not historical.  We are still certain from historical documentation that we do have an unbroken line from 1705 when the Duke of Orleans announced that he was the Grand Master of the Order. That’s 308 years, beating the original order by more than 100 years! (1118-1307)  That is amazing enough for one Order to last over three centuries and still be going strong.

The Larmenius Charter is important because it shows our unbroken  and direct lineage from the original medieval Knights Templar.  One of the most impartial books on this topic is The Warriors and the Bankers, by Alan Butler and Stephen Dafoe.  The authors devote an entire chapter to the Larmenius Charter and the question of the legitimacy of our Order.  The authors came away with an open mind on the matter, being neither in support of nor in a position to discredit the subject.  Their research discovered that there was simply not enough evidence one way or another to prove or disprove the continuation of the original order through the Larmenius Charter.  We agree with the authors that there is not enough evidence one way or the other so it comes down to a matter of belief and every member of our Order is encouraged to make up their own mind.

TRANSLATION OF LARMENIUS CHARTER (from A. G. Mackley’s “An encyclopaedia of freemasonry and its kindred sciences”, edited)

I, Brother John Mark Larmenius, of Jerusalem, by the grace of God and the secret decree of the most venerable and holy martyr, the Grand Master of the Soldiery of the temple, to whom be all honor and glory, confirmed by the common council or the Brethren, being endowed with the Supreme Grand Mastership of the whole Order of the Temple, to every one who shall see these Letters Decretal thrice greeting:

Be it known to all, both present and to come, that the failure of my strength, on amount of extreme age, my poverty, and the weight of government being well considered I, the aforesaid humble Master of the Soldiery of the temple, have determined, for the greater glory of God and the protection and safety of the Order, the Brethren, and the statutes, to resign the Grand Mastership into stronger hands.

On which account, God helping, and with the consent of a Supreme Convention of Knights, I have conferred and by the present decree do confer, for life, the authority and prerogatives of Grand Master of the Order of the Temple upon the Eminent Commander and very dear Brother, Francis Thomas Theobald Alexandrinus, with the power, according to time and circumstances, of conferring the Grand Mastership of the Order of the Temple and the supreme authority upon another Brother, most eminent for the nobility of his education and talent and decorum of his manners: which is done for the purpose of maintaining a perpetual succession of Grand Masters, an uninterrupted series of successors, and the integrity of the statutes. Nevertheless, I command that the Grand Mastership shall not be transmitted without the consent of a General Convention of the fellow-soldiers of the Temples as often as that Supreme Convention desires to be convened, and, matters being thus conducted, the successor shall be elected at the pleasure of the knights.

But, lest the powers of the supreme office should fall into decay, now and for ever let there be four Vicars of the Grand Master, possessing Supreme power, eminence, and authority over the whole Order, With the reservation of the rights of the Grand Master, which Vicars of the (Grand Masters shall be chosen from among the alders, according to the order of their profession. Which is decreed in according with the above-mentioned wish, commended to me and to the Brethren by our most venerable and most blessed Master, the martyr, to whom be honor and glory. Amen.

Finally, on consequence of a decree of a Supreme Convention of the Brethren, and by the supreme authority to me committed, I will, declare, and command that the Scottish exemplars, as deserters from the Order, are to be accursed, and that they and the brethren of Saint John of Jerusalem, upon whom may God have mercy, as spoliators of the domains of our soldiery are now and hereafter to be considered as beyond the pale of the Temple I have therefore established signs, unknown to our false Brethren, and not to be known by them, to be orally communicated to our fellow-soldiers, and in which way I have already been pleased to communicate them in the Supreme Convention.

But these signs are only to be made known after due profession and knightly consecrations according to the Statutes, Rites, and Usages of the fellow-soldiery of the Temple, transmitted by me to the above-named Eminent Commander as they there delivered into my hands by the venerable and most holy martyr, our Grand Master, to whom be honor and glory. Let it be done as I have said. So mote it be. Amen.

I, John Mark Larmenius, have done this on the thirteenth day of February, 1324.
I, Francis Thomas Theobaldus Alexandrinus, God helping, have accepted the Grand Mastership, 1324.

And then follow the acceptances and signatures of twenty-two succeeding Grand Masters-the last, Bernard Raymund Fabre, under the date of 1804. 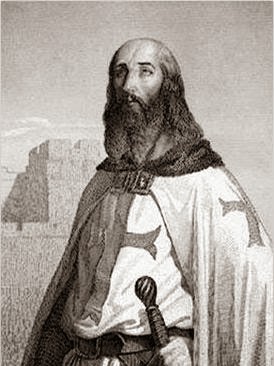 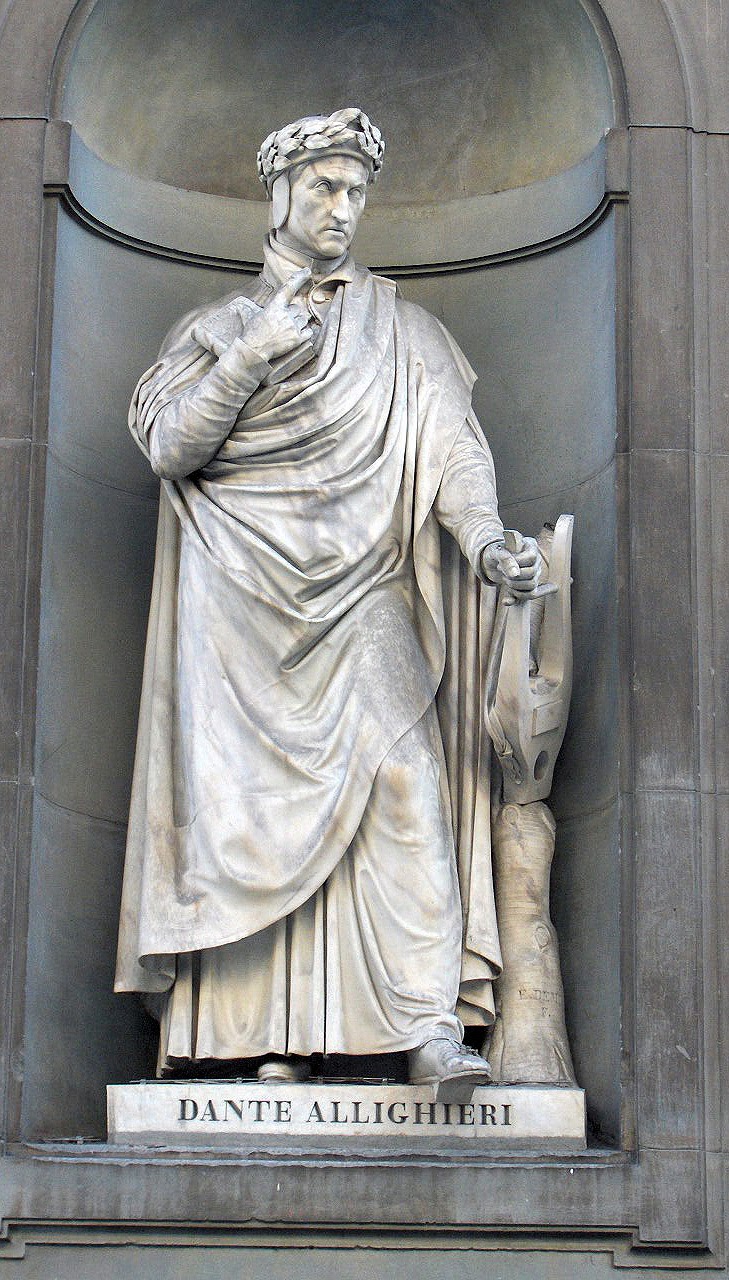